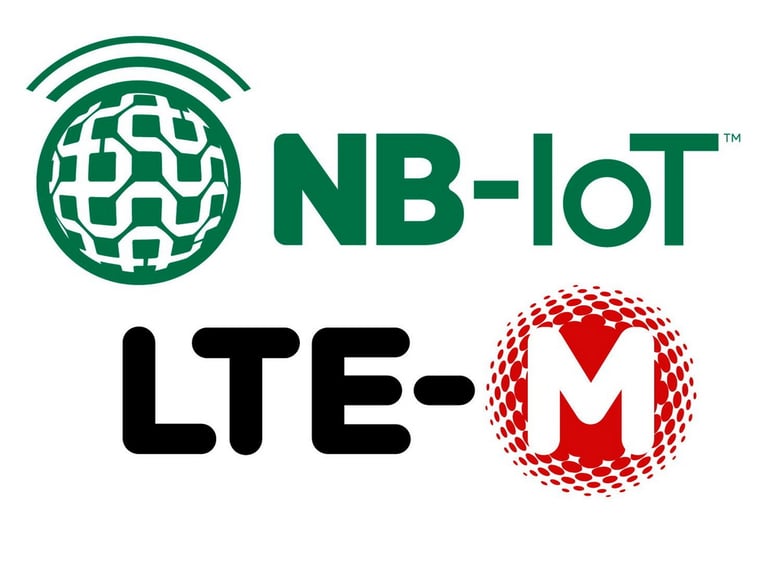 The cellular carriers are now deploying two variations of the Internet of Things (IoT) technology. The first to launch was the LTE-M (LTE CAT-M1) variant offering which went live in August 2019 with Bell Canada. Shortly afterwards and into 2021, several carriers will begin to offer the offer the second variant, NB-IoT.

Neither uses much bandwidth, so they can run on less powerful hardware with lower-cost data plans compared to a classic cellular modem while still improving range and extending battery life. How are the two protocols different from each other? In a nutshell, NB-IoT offers low bandwidth data connections at low cost and is currently Europe-focused, while LTE-M is optimized for higher bandwidth and mobile connections, including voice. It will start rolling out in North America first because it is easier and faster for the carriers to deploy,  But the NB-IoT looks to be the better option for smart metering in Canada.

Let’s take a look at the details.

LTE-M has higher throughput with lower latency and battery use is optimized accordingly - it is more battery load compared to the smaller bandwidth NB-IoT. It works on-the-go, so it’s appropriate for applications in transportation and supply-chain tracking. It can also carry voice for applications such as residential security systems.

NB-IoT is designed for lower data rates, where small delays are fine. For example, a smart meter sending infrequent updates from a fixed location. NB-IoT battery use is optimized for that type of situation.

Both operate using a single antenna, simplifying your designs. Since NB-IoT was debut first in European markets, while LTE-M will roll out starting here in North America, system location could be your deciding factor between these two related protocols. While LTE-M and NB-IoT networks are still being built, you can get started today with Digi XBee Cellular on LTE Cat 1, a higher bandwidth protocol. Then, seamlessly switch over to an XBee cellular LTE-M or NB-IoT device as those networks roll out.

LTE-M (officially known as LTE Cat-M1) is often viewed as the second generation of LTE chips built for IoT applications. It completes the cost and power consumption reduction for which Cat-0 originally set the stage. By capping the maximum system bandwidth at 1.4 MHz (as opposed to the full cellular carrier bandwidth of 20 MHz), Cat-M has specific use cases for LPWAN applications like smart metering, in which only small amount of data transfer is required.

But the real advantage of Cat-M over other options lies in this: Cat-M is compatible with the existing LTE network. For carriers such as Verizon, AT&T, Telus, Rogers, and Bell, this is great news as they don’t have to spend money to build new antennas, although meshing Cat-M into LTE networks requires a software patch. The existing customer bases of these carriers will most likely conclude that Cat-M is by far the superior option. Lastly, it’s almost certain that 5G and LTE technologies will coexist well into the 2020s, so the backward-compatibility of Cat-M is a bonus.

LTE-M operates inside the existing 4G and 5G spectrum so it is said to operate ‘in-band’.

NB-IoT (also called Cat-M2) has a goal similar to that of LTE-M; however, it uses DSSS modulation instead of LTE radios. Therefore, NB-IoT does not operate in the LTE band, which means that providers have a higher upfront cost to deploy NB-IoT.

Nonetheless, NB-IoT is being touted as the potentially less expensive option, because it eliminates the need for a gateway. Other infrastructures typically have gateways that aggregate sensor data, which then communicates with the primary server. With NB-IoT, however, sensor data is sent directly to the primary server. For that reason, Huawei, Ericsson, Qualcomm, and Vodafone are actively investing in commercial applications of NB-IoT. Sierra Wireless predicted that by the end of 2018, NB-IoT and LTE-M will be available in many global regions.

NB-IoT operates outside the existing 4G and 5G spectrum so it is said to operate ‘out-of-band’.

5G is almost here, and like 2G, 3G, and 4G before it, it will change the way we send and receive information.

What is even more exciting is that 5G will enable countless automated wireless applications for the rapidly growing Internet of Things (IoT) market.  By 2025, more than 75 billion devices will be connected to the Internet of Things, from disposable tracking devices used in shipping pharmaceuticals and perishables to smart city lighting and utilities.

The question that remains is it a cost effective solution for smart metering in Canada?  Today, utilities own and operate their own private networks and these networks are effective solutions for smart metering. Is it therefore a compelling cost argument to give up on private networks to use public networks for smart metering? What is lost by using public networks? Will utilities have full control of their own smart metering data?  The business model is convert to OpEx compared to the CapEx that we use today, can this OpEx model be adequately funded in the unpredictable world of municipalities?  We will all need to wait and see.  Only time can tell the answers to these hard questions.

With so much bandwidth needed for such a large-scale deployment of connections, low-power wide-area (LPWA) solutions will clear the path for smooth, uninterrupted operations in a speedy, 5G-centered technoverse.

Mobile IoT technologies, such as Long-Term Evolution machine-type communications (LTE-M) and Narrowband IoT (NB-IoT), deliver secure and cost-effective LPWA capability today and are catalysts in the future of 5G integration and growth worldwide.

Faludi, R. (2017). What are the Differences Between LTE-M and NB-IoT Cellular Protocols? Digi. Retrieve on April 13, 2020 from, https://www.digi.com/videos/what-are-the-differences-between-lte-m-and-nb-iot

Subscribe today and get Metercor’s latest updates straight to your inbox!